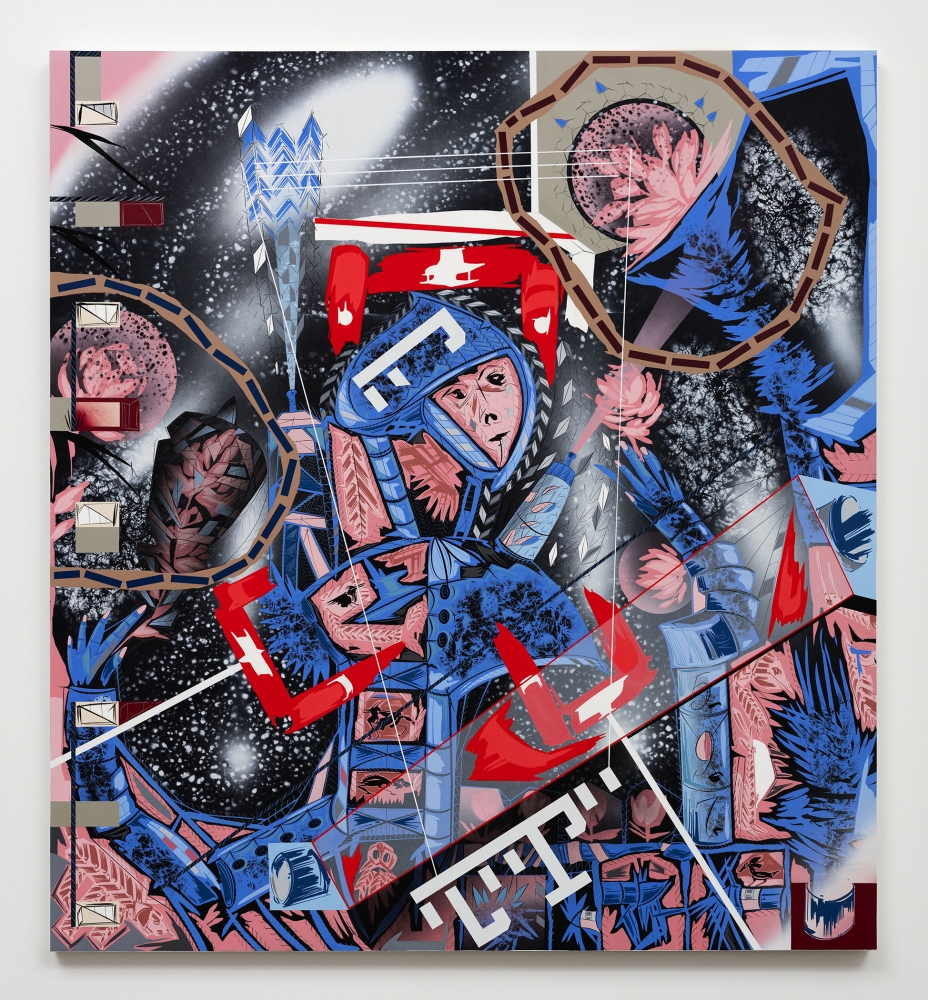 Lehmann Maupin is pleased to announce representation of Lari Pittman. The gallery will feature work by Pittman at Frieze New York in May, with a forthcoming exhibition to open in March 2020.

The Los Angeles-based artist is renowned for his densely layered, richly patterned, and chaotically charged paintings, an idiosyncratic style developed during his time at Cal Arts where he learned to undermine aesthetic hierarchies and embrace the decorative and applied arts. Pittman’s paintings appear as an amalgamation of multiple perspectives and picture planes, overlaid with his personal codex of iconography that is equally brutal and banal. Pittman’s early works were informed by the socio-political struggle resulting from the peak of the AIDS epidemic, racial tension, and LGBTQ+ civil rights struggles that defined the last decade of the 20th century, with later paintings moving into interior spaces both domestic and psychological. His most recent works have been almost wholly devoted to patterns and visual systems as emblematic of society, carving out his place in our contemporary culture of saturated image consumption with an eye also attuned to harmony.

“Lari has developed a wholly unique mode of painting and mark-making that is in perfect company with artists in our program. Pittman’s embrace of pattern and design through a socio-political lens makes him stand out as a significant painter,” states David Maupin.

Learn More About Lari Pittman
Back To Top