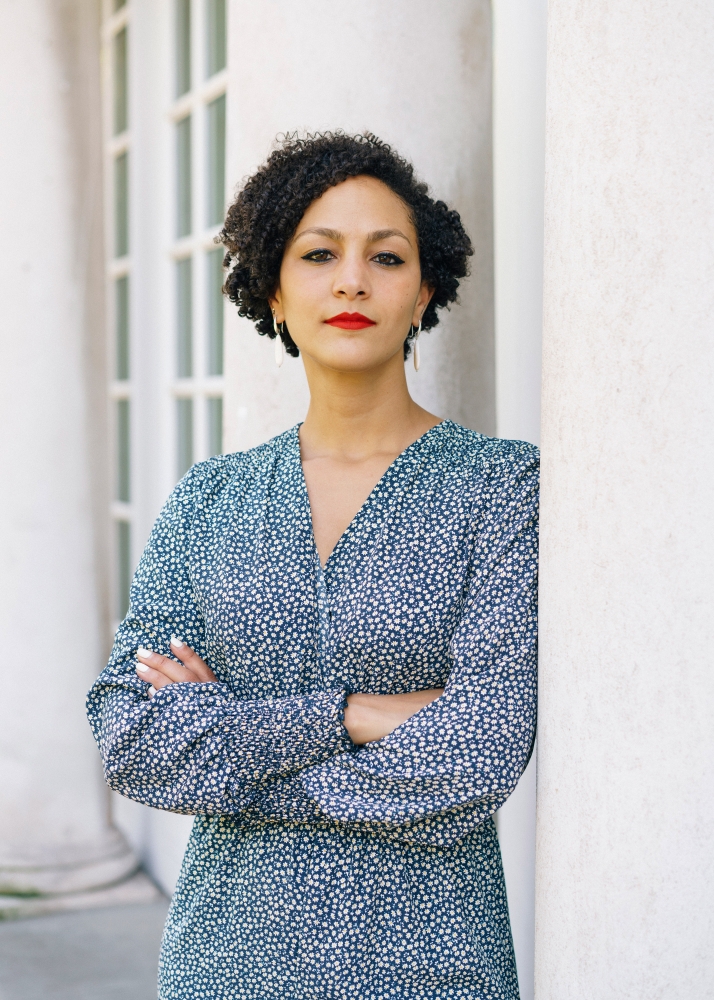 Rachel Lehmann and David Maupin are pleased to announce the appointment of Amira Gad as Artistic Director. Gad joins Lehmann Maupin from the Serpentine Galleries, where she has served as curator of Exhibitions and Architecture since 2014. Prior to her position at the Serpentine Galleries, Gad was Managing Curator & Publications at Witte de With Center for Contemporary Art in Rotterdam.

In her new position as Artistic Director, Gad will be responsible for working with senior leadership to advance Lehmann Maupin’s artistic program and expand the gallery’s international network, focusing on institutions within the UK and Europe. The appointment of Gad strengthens the gallery’s curatorial department, formalized in 2016 with the promotion of New York-based Anna Stothart, formerly of ICA Boston and the San Antonio Museum of Art, to Curatorial Director. Together, Gad and Stothart will work as an international team and provide a critical bridge between the gallery’s roster of artists and institutions.

David Maupin, founder of Lehmann Maupin, states, “I’ve long been impressed by Amira’s talent and vision as a curator. She has created critical context around the work of artists in our program, such as Kader Attia and Lee Bul, as well as other internationally renowned artists including Arthur Jafa and Lynette Yiadom-Boakye. In getting to know her, it was evident that she could bring extraordinary curatorial insight and experience to our team, and it was only a matter of creating a role that would best suit her expertise. Building strong curatorial support for our growing program is key and as Artistic Director, Amira will provide vital support and motivation to our artists, helping them realize their most ambitious and challenging works.”

Gad, based between London and Rotterdam, will work out of the gallery’s new space opening in South Kensington’s Cromwell Place in spring 2020, led by Senior Director Isabella Icoz. This will be Lehmann Maupin’s fifth location globally and its first in London, which is home to many of the gallery’s artists, including Gilbert & George, Do Ho Suh, Shirazeh Houshiary, Mandy El-Sayegh, and Juergen Teller.

About Amira Gad
Gad has curated numerous large-scale solo exhibitions at the Serpentine Galleries for artists including Arthur Jafa (2017) and Jimmie Durham (2015)—both of whom were awarded the Golden Lion Award at the 2019 Venice Biennale of Art. Gad’s exhibition of Arthur Jafa’s work, A Series of Utterly Improbable, Yet Extraordinary Renditions (co-curated with Hans Ulrich Obrist), currently on view at the Moderna Museet in Stockholm, traveled from the Serpentine Galleries to the Julia Stoschek Collection in Berlin, where it won the prestigious AICA Award for Best Exhibition of 2018 in Germany. Her exhibition of Lynette Yiadom-Boakye’s work, titled Verses After Dusk was awarded the Sky Arts Award for Visual Arts in 2016. Gad served on the selection committee for the Serpentine Galleries’ Augmented Architecture programme that launched in 2019 and nominated a project by artist Jakob Kudsk Steensen, which was realized in collaboration with Google Arts and Culture and Sir David Adjaye.

In 2018, Gad was nominated as part of a panel of 10 women that selected artists shown at Frieze Art Fair London’s special section “Social Work,” dedicated to women whose work emerged in response to the global social and political schisms of the 1980s and 90s. That same year, she was also nominated as a woman leader of the art world by The Sunday Times. Gad also sat on judging panels and committees for the Prix de Rome (2019), Aesthetica Art Prize (2018), First Book Award (2018), and the Neo:Art Prize (2015). She is a regular contributor to artists’ catalogues, has edited a number of books on contemporary art, and was a commissioning editor for Ibraaz (ibraaz.org), an online platform dedicated to visual culture in the Middle East and North Africa.

Read more in the Financial Times