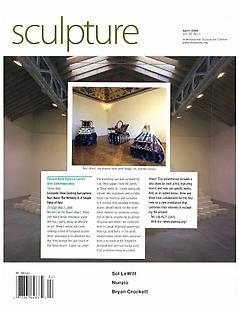 Masters of the found object, Drew and Ward revive otherwise spent detritus, giving decay an afterlife as art. Drew's industrial items undergo a kind of temporal acceleration: processed in his Brooklyn studio, they receive the last touch in the Texas desert. Curled up under the scorching sun and corroded by rust, they spawn "new life forms," as Drew works to "create alongside nature." His sculptures and installations fuse memory and evolution in a process that parallels entropic action. Ward's work, on the other hand, evinces an animistic conception of debris. Inspired by an almost religious sentiment, his collected objects speak of primal yearnings, feelings, and fears. In his work, rehabilitation comes from narrative, from a recovery of the forgotten personal and spiritual background that underlies every discarded object. This presentation includes a solo show for each artist, featuring recent and new site-specific works. And, as an added bonus, Drew and Ward have collaborated for the first time on a new installation that combines their interests in excavating the present.